UA-154186104-2
Building a successful landscape or fine art photography business | Part Three
Learn how pro photographer Art Wolfe rose from being an amateur photographer to being one of the world's top pro photographers along with his key business strategies.
amateur to pro, art wolfe, successful photographer, art wolfe bio, rotella gallery, art wolfe company, travels to the edge, Human Canvas,Tales by Light, Where is Art?, Photographs from the Edge, Photography as Art, Travels to the Edge
1854
post-template-default,single,single-post,postid-1854,single-format-standard,theme-borderland,eltd-core-1.1.3,woocommerce-no-js,borderland-theme-ver-2.2,ajax_fade,page_not_loaded,smooth_scroll, vertical_menu_with_scroll,columns-3,type1,wpb-js-composer js-comp-ver-6.0.5,vc_responsive
in Amateur to Pro
by gajones31
0 Comments
0

Art Wolfe is a multi-faceted photographer/artist and entrepreneur. 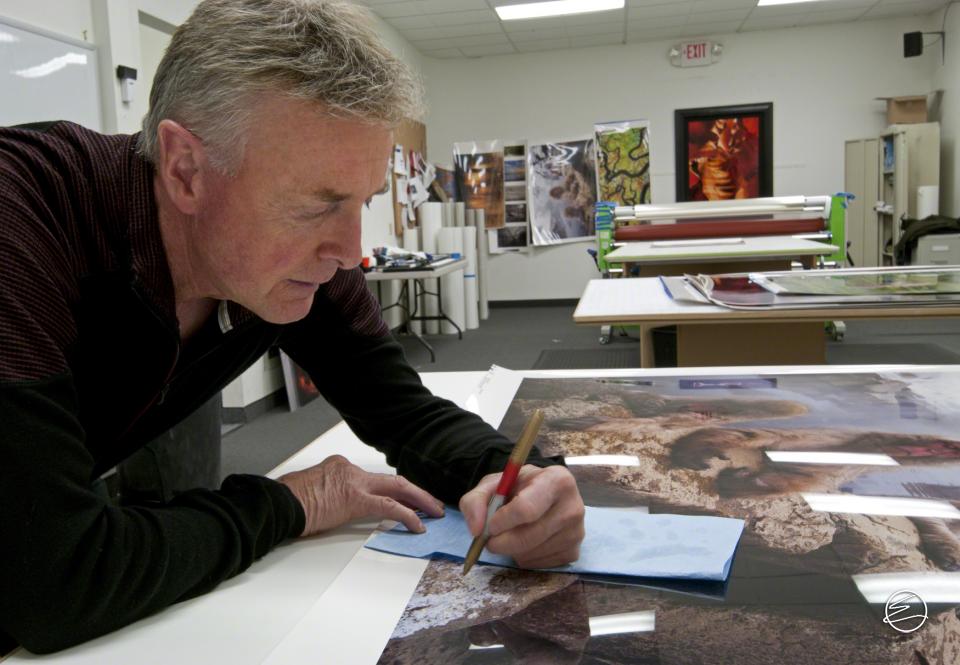 If you were to walk into Art Wolfe’s gallery in Seattle you would find yourself immersed in a world of large prints hanging on the walls, a large flat screen television playing an episode from his “Travels to the Edge” PBS series or a slideshow and a gallery library showcasing the 33+ books he has written. 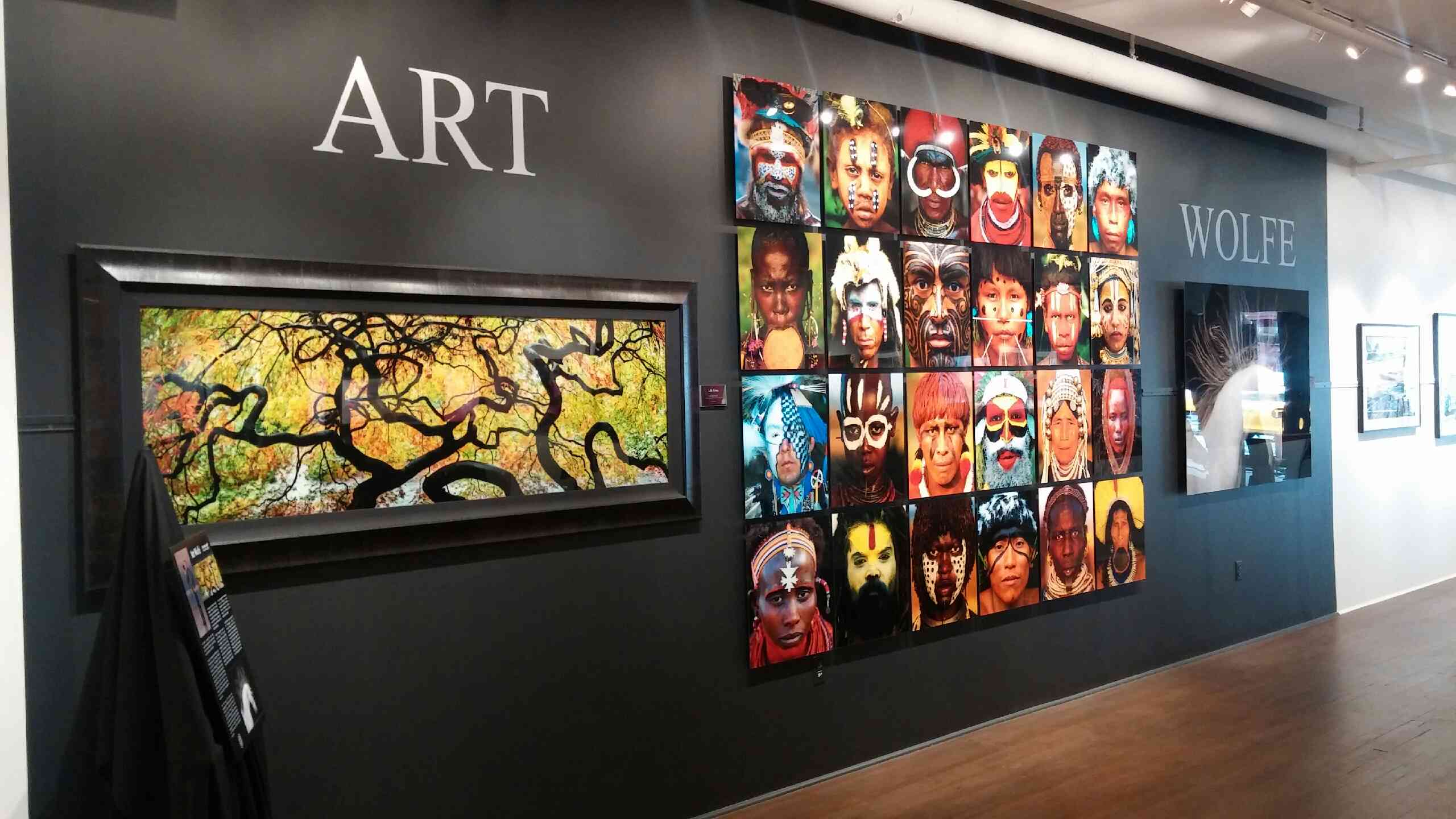 “The camera allows people to create, and people are happier when they have something that engages them.  “I think the more you know about photography the more you appreciate it. Go for it, take as many pictures as you can, really just have fun with it.” – Art Wolfe

From early on Art Wolfe showed considerable skill in drawing and painting and grew up in Seattle, Washington where he attended the University of Washington and graduated with Bachelor’s degrees in the fine arts and art education.  In the course of earning his degree, he developed an understanding about the art world, art history, composition and developed a sense of what art meant to him. Little did he know at that time that his future would become tied into another form of art that would carry him to critical success – photography.

Surrounded by mountains and forests, he took to the outdoor lifestyle and began carrying a camera with him as a means to document the climbing weekends he was spending in the mountains around the state of Washington.  With the images he brought back from his trips he began entering regional art fairs and photo competitions in an effort to do more with his images and found that his images sold consistently.  With the experience he gained from selling his work at fairs he began looking for new ways to sell his images and he approached outdoor gear stores like REI, Eddie Bauer and The North Face about carrying and selling his images in their stores.

Eventually REI let him have some space on their walls around racks of outdoor wear and the number of images grew to more and more walls around the stores.  In time, he got to the point of having a small gallery space of just his images within the REI store!  The REI location provided people who enjoyed the outdoors and saw and were buying his landscape work which gave him some confidence that he could sell more images if only he could get more exposure.  With this idea in mind he began approaching more stores around Seattle until he had several non-gallery locations carrying his images.

While today he is well-known as a photographer around the world, he claims that the self-learning process of becoming a photographer was a learning process that involved creating a lot of unusable images and learning how to make better images.  There were trips during his film days where he came back with every image totally overexposed or underexposed from a lack of understanding – and totally unusable.   Once he understood the mechanics of taking a picture though, he began expanding the types of images he was making.  Buffered by his formal training in painting and art history he began applying the principles of fine art painters in the composition of his images which carries on to today.

Along the wildlife and landscape images he had originally started out selling, he also began creating composed images of people painted in graphic designs and theme-based images which he created with target audiences in mind.  In his words, “pre-visualizing an image is one aspect to my photography. You have an idea of a shot, and you make the shot happen. I also embrace and love the concept creation that I marry to my days of being a painter. I clearly look at those as two different genres of photography. With one I feel like I am wearing the shoes of an artist and the other one a journalist.” 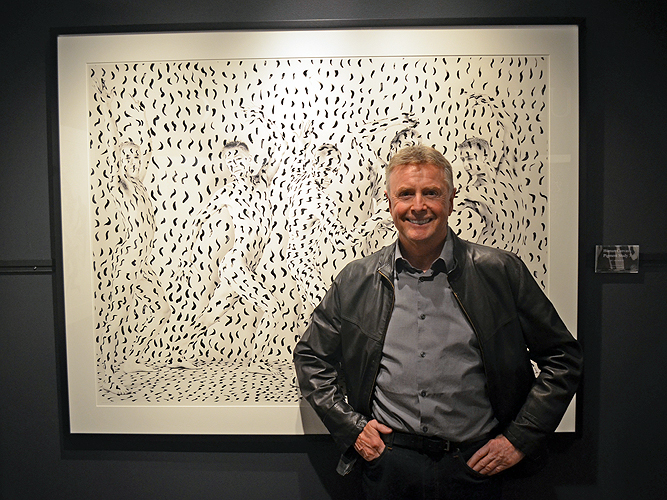 Art Wolfe and one of his created images that combines painting nude male and female models in patterns and posing them against a patterned painted wall then photographing them.

Art Wolfe has built a multi-faceted business around his photography that includes editorial work, fine art prints, books, photography workshops, television specials and stock image sales.  How did he get there?  Slowly, but surely.  He began selling images at art fairs and expanded to arranging for his images to be sold in retail stores whose customers were outdoor enthusiasts and appreciated images such as his.  As he built up a portfolio of images he added stock photography sales to his business model. Getting in with stock agencies like WestStock, AllStock and The Image Bank grew the awareness of his work outside of the local environment.  With the visibility he was getting from the sale of his stock images he started pitching ideas to editorial publications on topics he knew how to shoot.  With this, his travels around the world to shoot and write stories to accompany his images grew and editorial work became a large part of his business’s growth.  All the while he was noting the places that would be great to return to with others to shoot.  Those locations became the basis for the workshops he would create to show others how to create images and share his knowledge of photography at locations across the U.S. and around the world.  Bit by bit he added new income streams to his business to round out his cash flow and grow his base.

Even with a successful and well-established business, Art actively works on self-promotion and marketing.  Besides a blog, his Facebook, and Twitter, his television shows Art Wolfe’s Travels to the Edge and Tales by Light helps keep his name in the public eye. “The power of TV is such that one episode could be seen by more people than any of my books have ever sold.” He also maintains relationships with many sponsors and stock agencies.

Created the TV series “Travels to the Edge” and “Tales by Light” which show him traveling and photographing the world.

Start off small and expand to areas that make sense for your kind of photography.  Art approached outdoor-focused businesses to showcase his photographs in lieu of going the gallery route.  In the process he bypassed the gallery commissions which often range from 40-50% of the income from an image.

Shoot with an end use in mind.  Pre-visualize projects and how the images from them could be used.

Work on more than one project at a time.  While shooting images for one purpose, don’t hesitate to shoot images that might work for another end use.

Dedicate a good part of your time in consistent marketing.   Consider creating a blog on your interests,  a Facebook Group, a Google + Community, a YouTube Channel and spend time creating  PR for print services.  Incorporate at least 2-3 of these channels into your marketing plans. 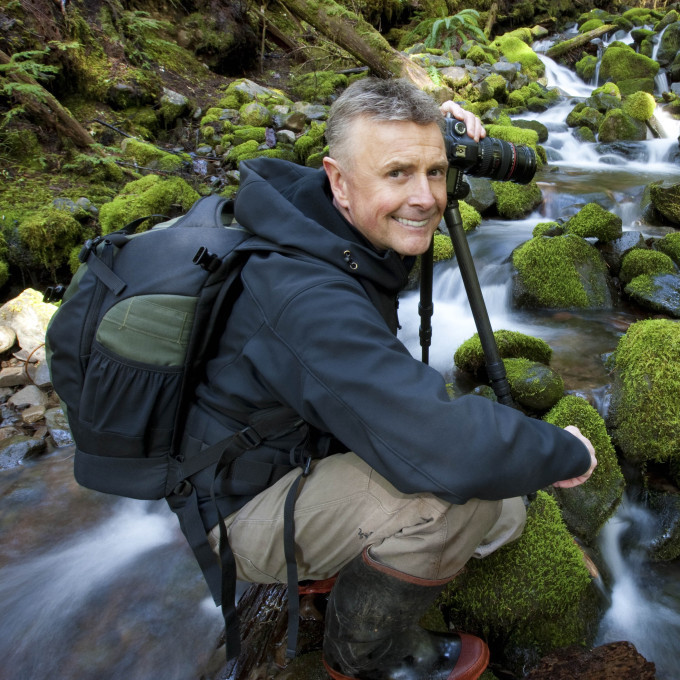